Another day another camera…

Having managing to get some decent motorsport pictures from the Panasonic G6 I jumped ship totally to the Olympus camp. Having used the E-PL5 for a short time I was greatly impressed with the quality, size and features of the camera but did miss the EVF of the G6.

An EM5 would have been great but was far to expensive so I looked at the OMD E-M10. The EM10 was newer than the EM5 and had a number of improvements borrowed from the EM1. It is not weather proof and only has 3 axis in body image stabilisation (IBIS) but according to all the reviews that was almost as good as the 5 axis of the EM5 and EM1.

Olympus had an offer on, £100 off the EM10 body (I already had lenses so that was fine), seemed like to good an opportunity to pass on so one was ordered and the G6 sold on eBay.

First impressions of the the EM10, fantastic, sturdy build, excellent EVF, built in flash, responsive and almost every software feature you could think of.

A few photos later and I know this is a great camera! As well as two motor sport events it’s been on holiday with us and taken some great pictures including some very low light in the Welsh national show caves!

The first motorsport outing was again at Silverstone for the truck racing, not massively high speed motoring but to see the 9+ tonne trucks hustling around a race track is something else!

The second event was a bit quicker, MX-5 and heritage touring cars at Donington Park race circuit. The EM10 was taken along with the Panasonic 100-300mm and my new 14-150mm Tamron. Thanks to some great friends we had the use of a first floor suite overlooking the end of the start/finish straight, very close to the track with no fence obscuring the view – fantastic!

Using the 14-150mm and a combination of program or shutter priority the camera performed pretty well with no additional tweaking.

With the cars coming directly towards us the results were a little hit and miss (more hit though), with the cars going round the corner it was much better due to the effective lower speeds.

I did take some with the 100-300mm lens but the results were a little more miss than hit although this was due to the operator (me!) and the closeness of the cars. 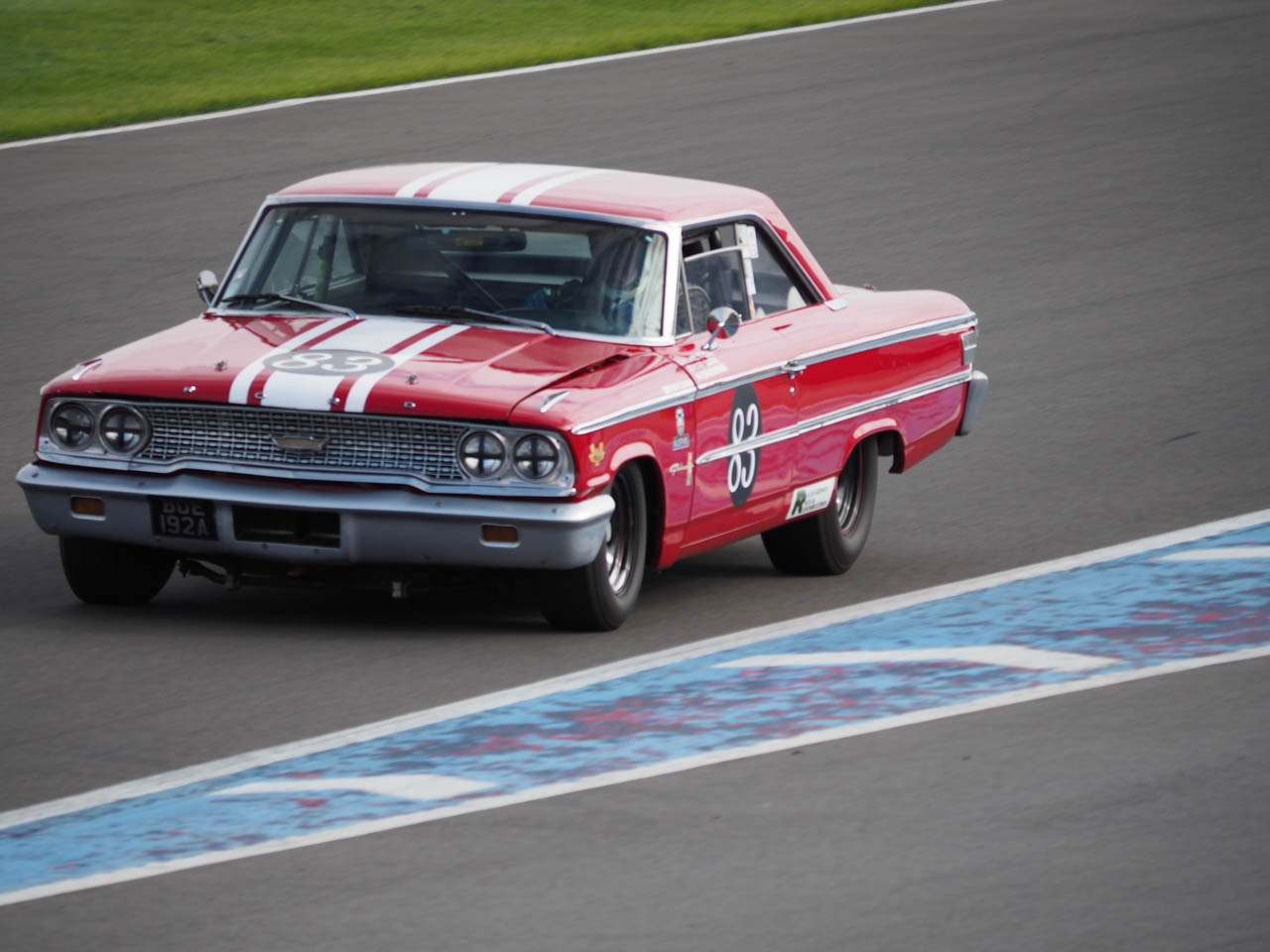 Final thoughts on the EM10, great camera, easy to use, great controls, no accidental button presses (as with the G6!), great pictures and pretty good with motorsport. Is it as good as the D5200 DSLR for high speed motorsport – no, but its getting closer.

As for the events themselves, truck racing gets the thumbs up and surprisingly the heritage racing was really good, close racing considering the variety of cars, many of them older than me!