Having downsized from a Nikon D5200 DSLR to a micro four thirds (M43) system at the end of last year one of my concerns was the quality of motor sports photography, something I do from time to time. Despite the advances in this format the general advice is to steer clear if you are shooting anything at speed. The Nikon along with a 55-300mm zoom took accurate well focused images pretty much every time, how would the new camera cope?

The Nikon was a great camera for motorsport, you could raise the camera to your eye press the trigger and be pretty much guaranteed that the image would be spot on every time. The problem was, apart form motor sport I didn’t use the camera anywhere else due to its size and weight, it was just to much to lug around everywhere (not to mention the complaints I got from the family about the big bag of camera bits I took everywhere). Having tried a Panasonic GF5 in 2014 and being greatly impressed I sold the Nikon kit and upgraded to a Panasonic G6 and an Olympus E-PL5 along with a few lenses. It is the Olympus goes everywhere with me unless I specifically need the G6’s EVF or video capabilities.

This weekend was the first outing to Silverstone (the home of British motor sport for those who don’t know) armed only with the G6 and the Panasonic 100-300mm lens.

We didn’t get off to a good start, mostly down to the operator (me) but a bit down to the camera. My panning technique had gone a bit rusty and my timing sucked, these were a few of the first shots…

Not off to a good start, time to improve. Getting posts in the way is just bad luck, follow the car ,press the shutter and hope nothing/no one is in the way. The chances of missing people and posts are greatly improved by getting a good seat where there are no people or posts in the way, not always possible of course! Missing the car or most of the car is just poor timing and just needed a little practice. The Panasonic blacks out the screen longer than the Nikon so tracking is a little more difficult.

The next issue were the camera settings, its not just point and shoot like the Nikon is, a little more thought was needed.

Shutter priority was chosen with a pretty fast speed, after that, it’s all about the focus setup, these are the stages I went through:

The focus priority. The focus was set to focus priority, this requires the image to be as sharp as possible before the picture can be taken. The camera would not focus on to the moving car sharp enough to release the shutter resulting in many missed images. I switched to release priority, this will take the photo when you press the shutter regardless of the focus state. Now we have some blurred shots of the cars! 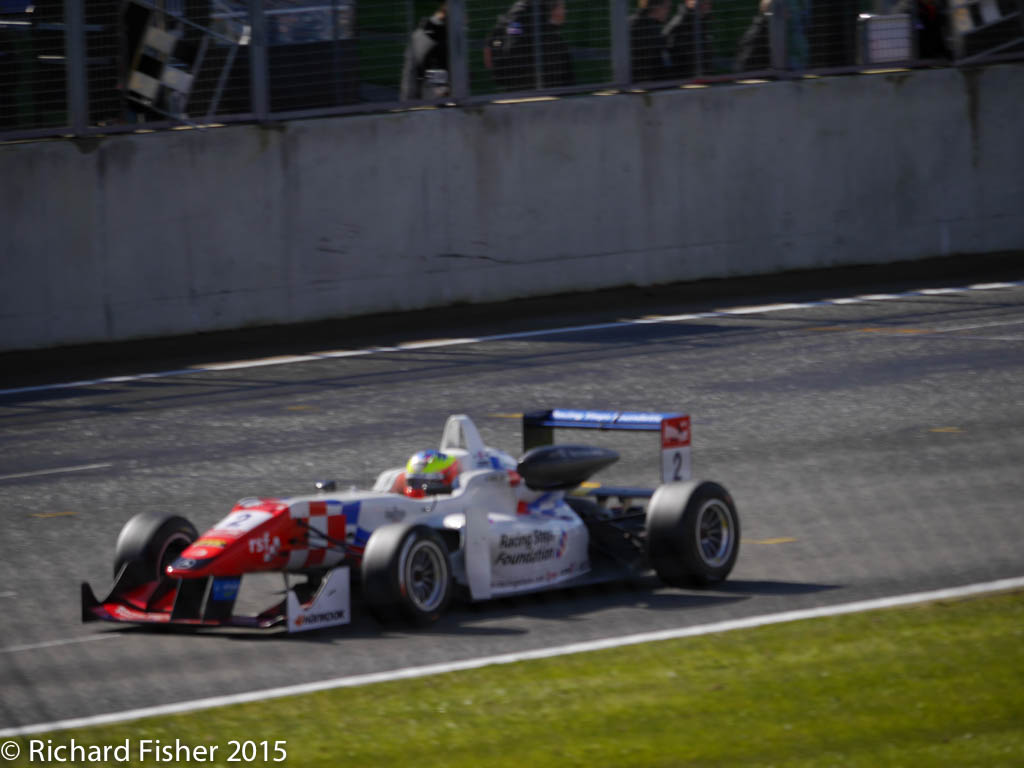 Focus mode. By default the focus mode is set to single shot, focuses when you press the shutter release half way and holds that until you fully press the button. I changed this to continuous, while the shutter release is half pressed the camera continually focuses, much better results but can’t guarantee what will be the focus target resulting is a few well focused fences! I actually like this image but it’s not what I was aiming for! 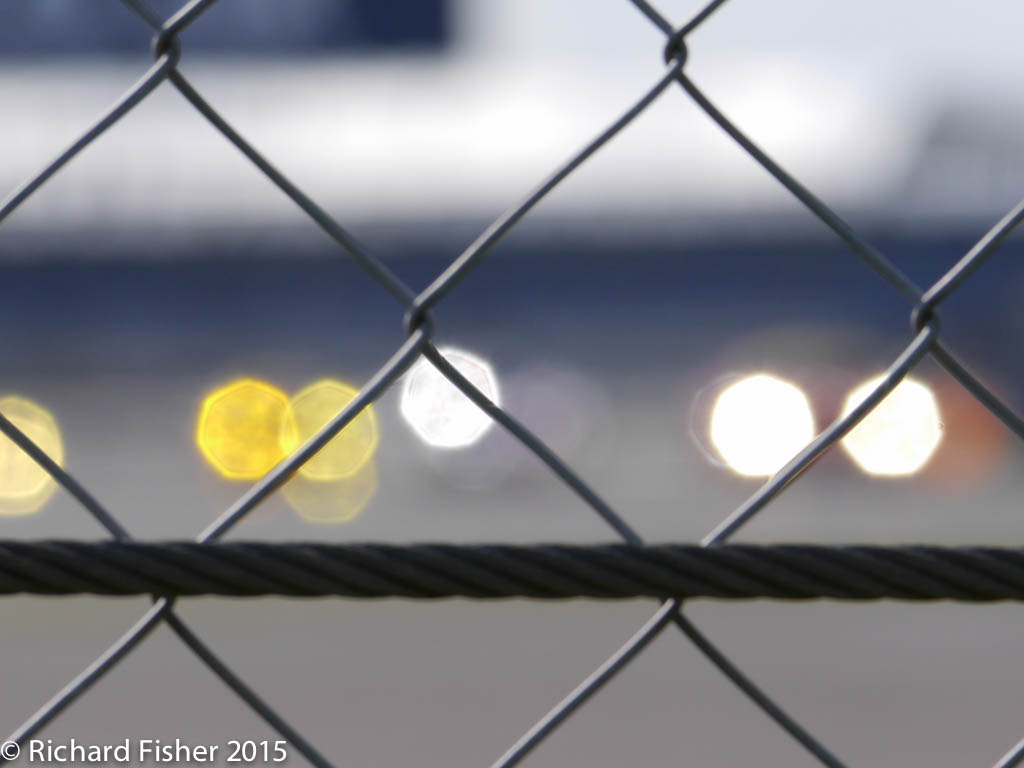 Focus area. Again by default the focus area is set to 23 areas across the whole image, no wonder the camera couldn’t decide what to focus on! The camera has a tracking mode, a small target appears in the viewfinder and locks on to what ever it is pointing at when the shutter release is half pressed. This was less than successful, it did lock onto the target for a short time but then lost it, I’m not sure if this was the speed of the cars or the fact that the target changed shape as they moved (from the front of the car to the side as it drove past, for example). This was not going to work! The small focus area is not available in the continuous focus mode so I tried the single area mode and placed this in the centre if the screen. Much better results but still not perfect as the continual focus didn’t seem to be able to keep up resulting in a few less than sharp photos. 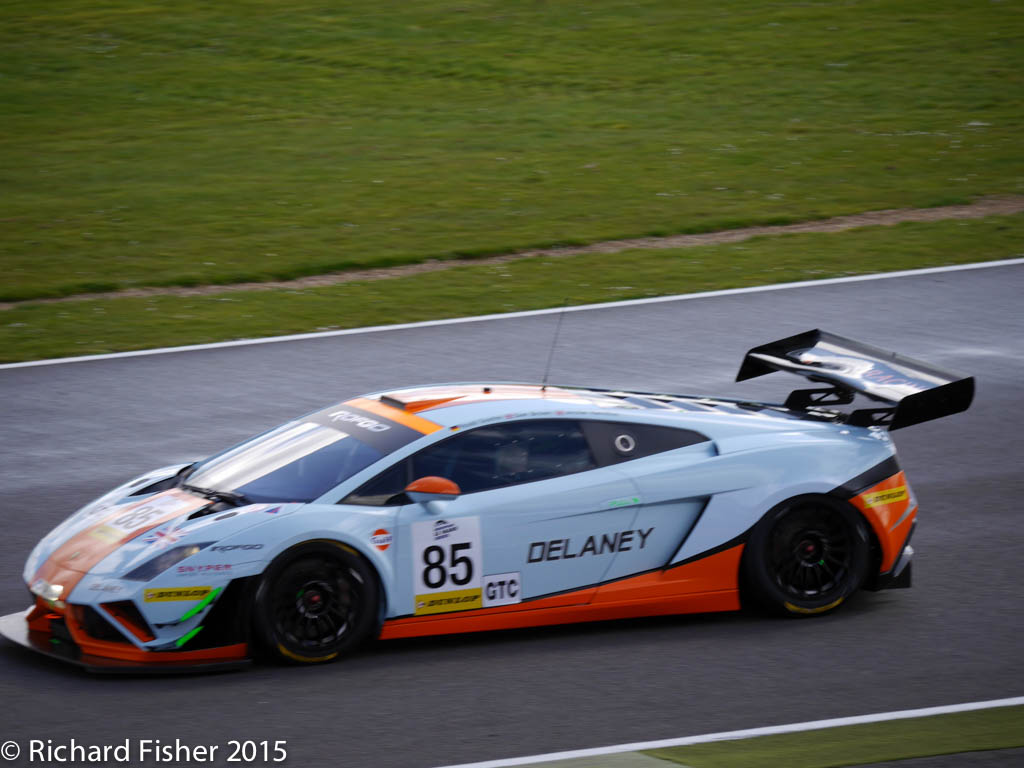 Final method. These settings worked pretty well but just needed to modify how I took the pictures. By half pressing the button, so the camera would focus, and then a fraction of a second later pressing it all the way I was consistently getting good results. All these are straight from the camera with no tweaking.

​The photo below is one from last year shot on the Nikon. If you zoom in and look at the fine detail it is so much clearer. 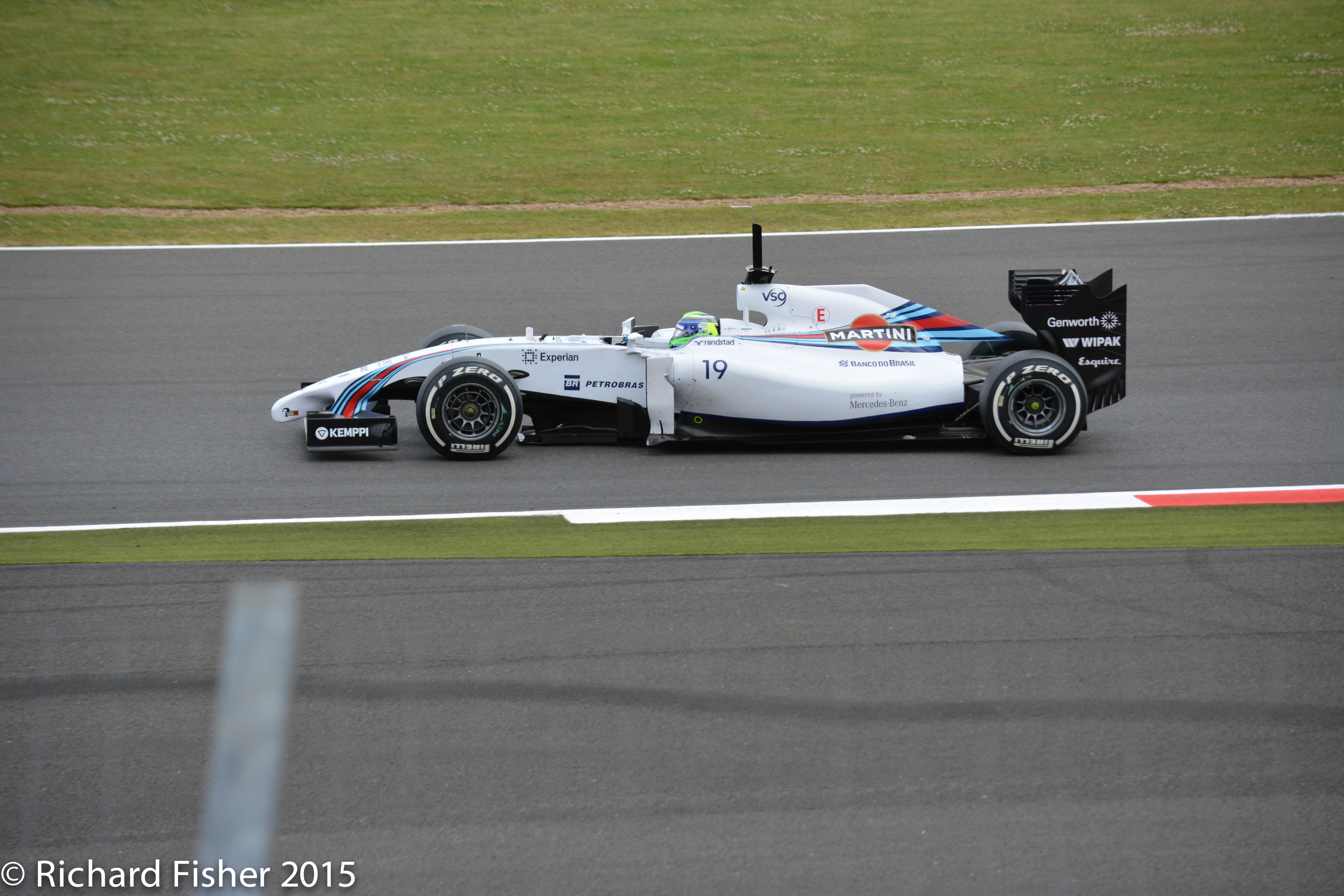 Rapid fire! The G6 has a super high speed mode, 40 fps I think. Time for a play.

Ooops! The G6 has an electronic shutter, thought I might try that – interesting results! The rolling shutter effect has given it a caricature (or is that CARicature – sorry) style. 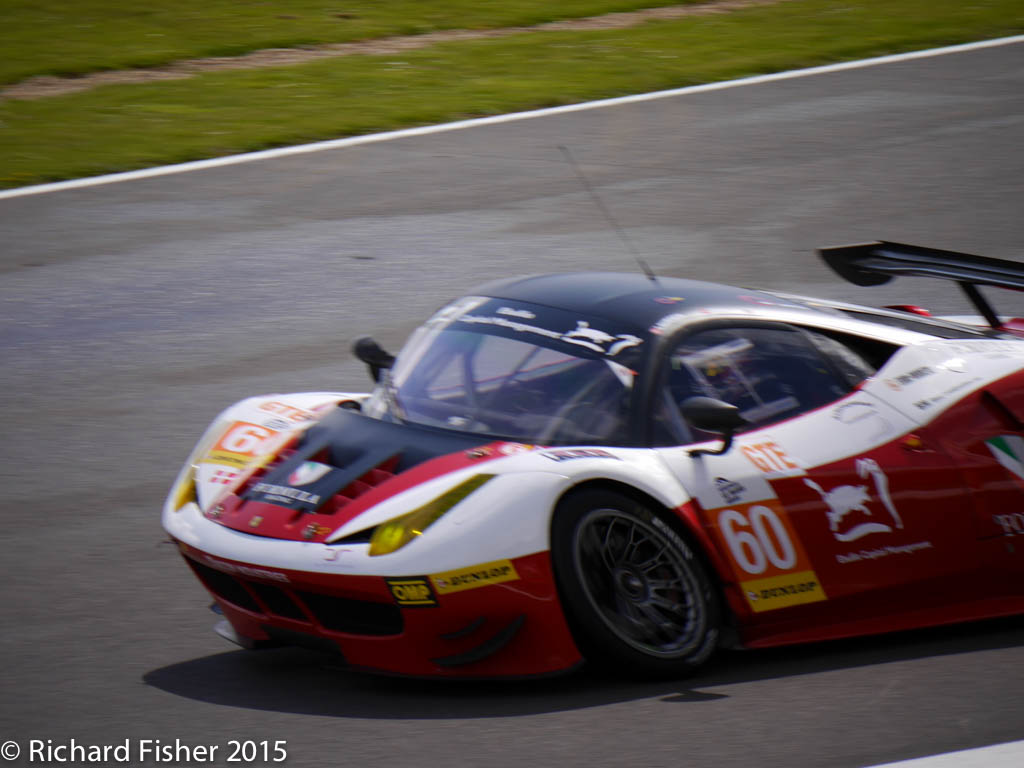 A blue day. The control pad is a little to easy to press by mistake, this normally resulted in the white balance being messed up. 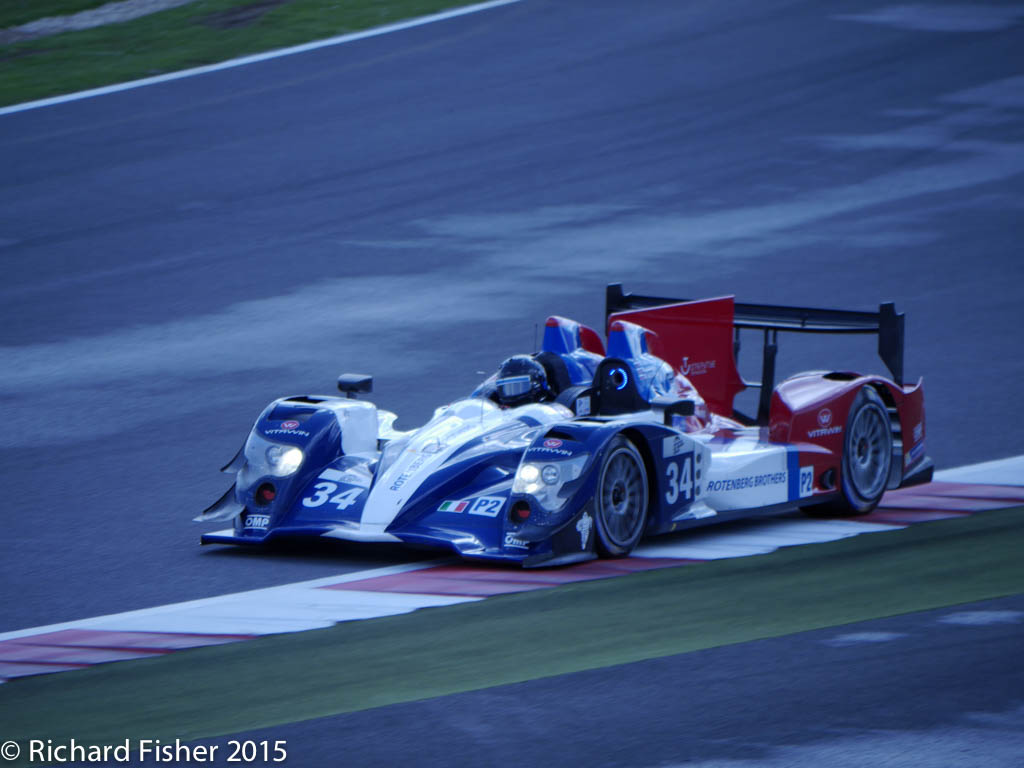 Can you use a micro four thirds camera for motor sport, yes, is as good as a modern DSLR, no. The Panasonic took a while to find the optimum settings and even then was not as consistent or as good quality as the Nikon, the Nikon was shooting clear and well focused images straight out of the bag. If motor sport is you thing, stick with the DSLR (for now). The Nikon’s 24M pixels vs the 16M pixels of the Panasonic probably explains the clearer, better quality images on the Nikon but it it the focusing that makes the biggest difference. Contrast focus has improved massively over the last few years but is still has a little way to go before it catches up with DSLRs.